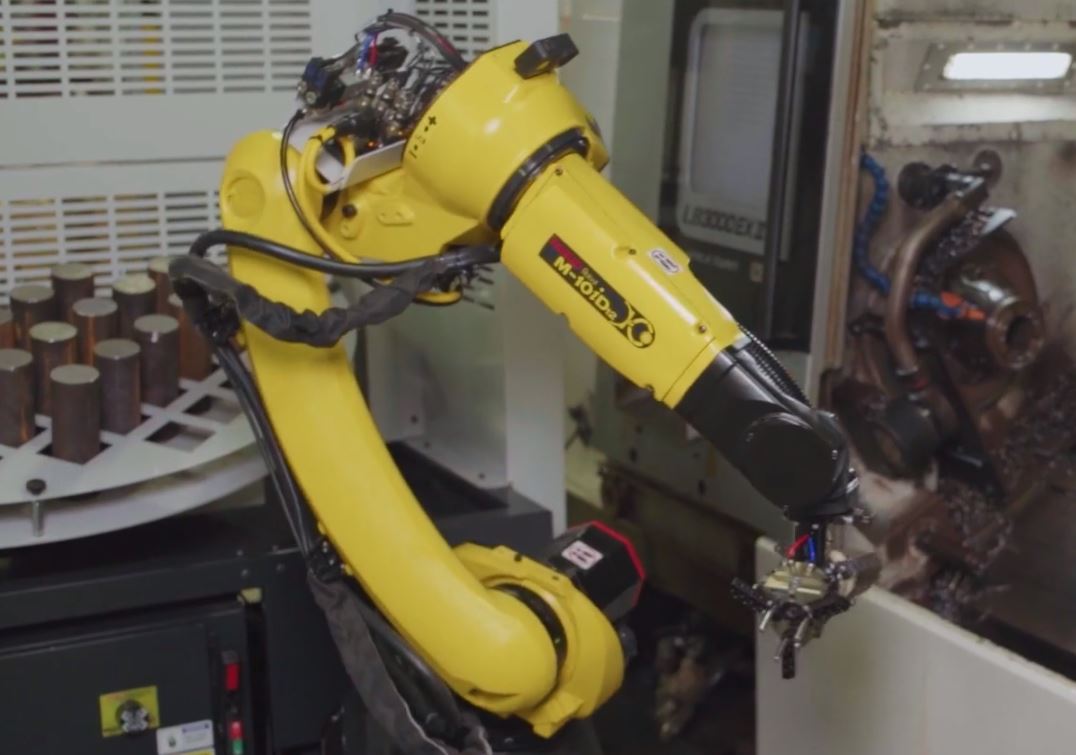 Have you been considering adding robotic automation into your machine shop? We were too, and that’s why we went with the the Load & Go series from Automation Within Reach. As owner and manager, Mike Grossi had his own concerns about adding this equipment to his shop. Was it going to be be worth the investment? Find out what he thinks now!

If you’re considering automatic robotic machine tending, you’re going to want to stick around and check out my review of the Load &Go by Automation Within Reach.

I’m going to be completely honest with you: I was a little bit worried about bringing a robot into the shop the first time.

What could really go wrong with a robot?

I had four main concerns. First concern was: who is going to program it? We [Kremin] don’t have that expertise in-house. We set up and run CNCs. We have nobody that can set up and run a robot.

Third issue was the cost. Is this going to be outside our budget? It looks really expensive. Can we really afford it?

The fourth issue is: we already have parts loaders, bar feeders, unload systems, and conveyors. Do we really need a robot?

I was completely wrong about all four areas of my concern.

The first one Automation Within Reach came and did the setup. The unit came on a pallet, it was easily unloaded. We never touched the robot pendant. They programmed and set the system up to run the parts we’re planning on running here. Smooth as could be.

Second item was regarding my maintenance concerns. We’ve had zero maintenance issues with the machine so far. Anytime we’ve had a question, Automation Within Reach has been right there and on top of it with a quick phone call. They can handle almost everything remotely through the cloud system and pushing and sending and receiving programs.

As far as pricing goes, the entire system was about $80,000 which was much less than we expected. Considering the amount of uptime we gained, well worth it.

The last item regarding having bar loaders and part catchers, the size parts we’re running over here are much larger. It’s difficult to get bars loaded, and difficult to get parts out under the traditional system without damaging them or causing them to get backed up. The Load & Go handles that perfectly.

There were a couple things that caught me off guard. First of all, the added cost of getting the automatic door system in place. That was a little more expensive than we anticipated.

The second thing is, if you notice it behind me, the speed of the system. Because we have an open layout, the robot runs at 25% of its max speed. There is sensors on the floor that will stop it before you walk in, but that is an added cycle time that we weren’t planning on for this project. If you have a project with a faster cycle time than we do, you want to be aware of the load time. You can go to a fully enclosed system and speed that up, but we chose to be open so our operators can get it in and out, change tools, and check on the system.

When we couple the tool life monitoring and the torque monitoring on the LB with the ease and reliability of the Load & Go, we get a tremendous uptick in capacity that’s available without the additional labor costs. I wish we would have made this purchase sooner, and this system is a 5/5. We definitely will be adding more to this shop in the near future.”